MORE INFORMATION ON THESE BAND AS IT BECOMES AVAILABLE 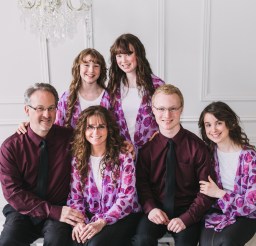 Kids in Bluegrass Club is an Eastern Canadian registered non-profit organization that works with young musicians, offering guidance, and instruction on many aspects of learning and performing Bluegrass and Oldtime music.  They learn to work together including to produce, perform and emcee a fun-filled, professional stage show worthy of any festival, thereby educating the next generation about culture and heritage.  Chantal O’Neil is the President and founder of ‘Kids in Bluegrass Club’’.

‘Kids in Bluegrass Club’’ has organized a youth concert for the Annual Nova Scotia Bluegrass & Oldtime Music Festival for the past 6 years and has proven to be very successful, entertaining and increasingly popular show.  They organize youth concerts for festivals where they spotlight and provide a maximum of 10 youth musicians and singers under the age of 19 from each of the Maritime provinces.

From the hills of Iona, PEI to Music City USA, Janet McGarry has been a dominant presence in Bluegrass music.  She has shared the stage with some of the most revered performers of this genre.  Janet has recorded 12 albums to date.  In 2008, she was crowned a Daughter of Bluegrass.  Janet is a 5-time Female Vocalist of the Year winner of Eastern Canadian Bluegrass Music Awards (ECBMA).  Her band, Wildwood has received the Gospel Performance of the Year the past two years & her CD ‘Wildwood Rose’’ was awarded Album of the Year in 2012.  Her latest album is ‘Forever is the Love’’.

Janet’s husband, Serge Bernard, is an accomplished instrumentalist, playing mandolin, guitar, fiddle, dobro, bass & banjo (instrument of choice).  He also produces, emcees & provides sound at various shows & festivals and was awarded Emcee of the Year, DJ of the Year & Promoter of the Year at ECBMA.  He is founder of ‘Bluegrass Island’’, a Bluegrass radio show airing for over 20 years on 95.1 CFCY Charlottetown.  Serge has also produced, engineered, mixed and mastered many projects for Island artists for Diamond Productions PEI.

Jason Ramsay, on guitar, grew up in a musical family.  His dad played guitar and fiddle and it was just natural that they all learned to play the guitar very well.  He credits his dad, mom and gramma Alice as his biggest music influences.

Gail Mullen has been singing all her life.  Her love of old time, folk & traditional roots music from the Appalachian Mountains shines through and her vocal talent captures the essence of these songs.  Gail plays bass and sings lead and harmony vocals.